Although the Domesday Book records that there were three mills in Cobham, we have no documentary evidence that shows that one of them was on the present site. The other two mills were at Ash Ford on Cobham Tilt and at Downside. The earliest known written reference to a mill at the site of the present Cobham Mill is dated 1534 when it was owned, together with the Manor of Cobham, by the Abbey of Chertsey. Since then, there have been several mills on the site and one, probably wooden, was washed away by floods in 1799. Two buildings were erected in its place, the larger being a 4-stone mill used to produce flours and fresh bran. The smaller mill, which remains today, was completed in about 1822 for the production of animal feed.

A succession of families has either owned or leased the mill. The Abbott of Chertsey leased the mill to Richard Sutton in 1534. Those associated with the mill through the 17th, 18th and 19th centuries include Sir Anthony Browne, George Bygley and Thomas Lucy who remained at the mill until 1787. From the 1830s the Sweetlove family was involved with the mill. In 1871 a Mrs. Batchelor was the “Master Miller employing five men and one boy”, and in 1890 her nephew, Thomas Sweetlove, took a lease on the mill. Eventually the mill was bought by Henry Moore & Son, the last owners to operate the mill commercially.

By 1928 milling ceased due to the competition from roller mills situated at the ports through which grain from the U.S.A. and Canada was being imported. The larger of the two mills (see photograph below) was badly damaged during the Second World War when a Canadian tank ran into it. In 1953 this part of the mill complex was demolished completely so that Mill Road could be widened. 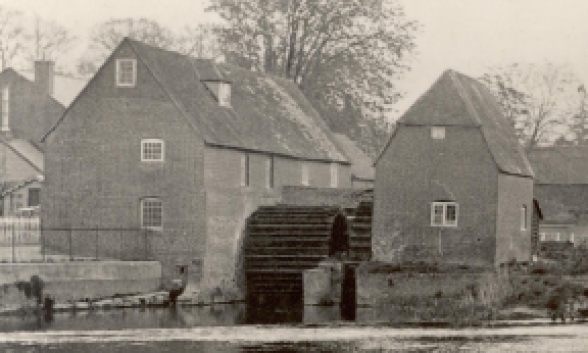 Throughout the 1980s several attempts were made to have the mill restored. The Cobham Conservation Group was particularly active during this time and set up a separate charitable trust, the Cobham Mill Preservation Trust. In July 1990 the Trust became the tenant of the National Rivers Authority, which was by this time the owner of the mill. 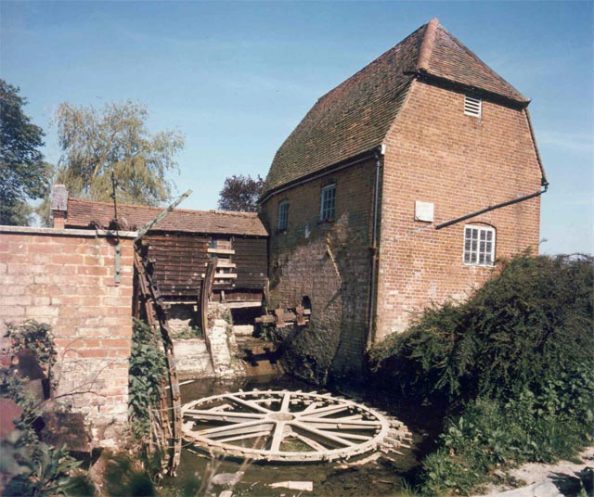 Early in the restoration

The restoration work, which was carried out by a dedicated group of local enthusiasts, including retired engineers, soon got underway. This work was completed in less than three years, and on the 13th of December 1992 the restored mill ground grain and produced flour for the first time in more than sixty years. Since then the Cobham Mill Preservation Trust has taken responsibility for the day-to-day care and maintenance of the mill, the milling machinery and the surrounding landscaped areas. In addition, the Trust organises the opening of the mill to the public from 2.00 p.m. to 5.00 p.m. every second Sunday of the month from April to October. 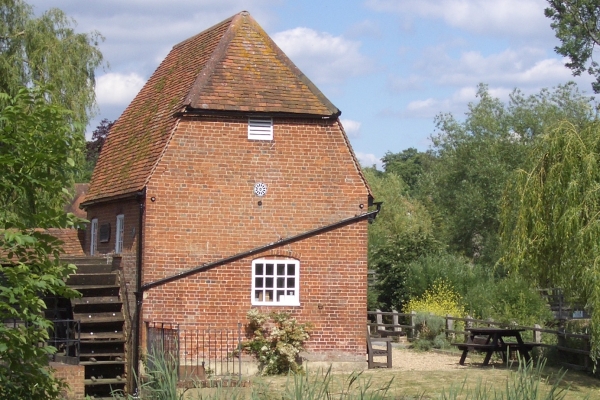 After the completion of the restoration work and the commencement of the regular public openings the Trust received Elmbridge Borough Council's 'Conservation Award' in 1996, and in 1997 it was awarded the Surrey Industrial History Group's 'Conservation Plaque'.

There is a short video about the restoration of the mill on the next page. 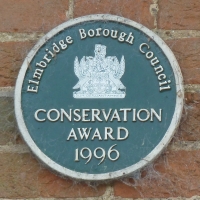 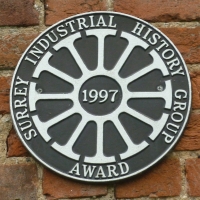 We are located at:

If you have any queries or wish to make an appointment, please contact us: